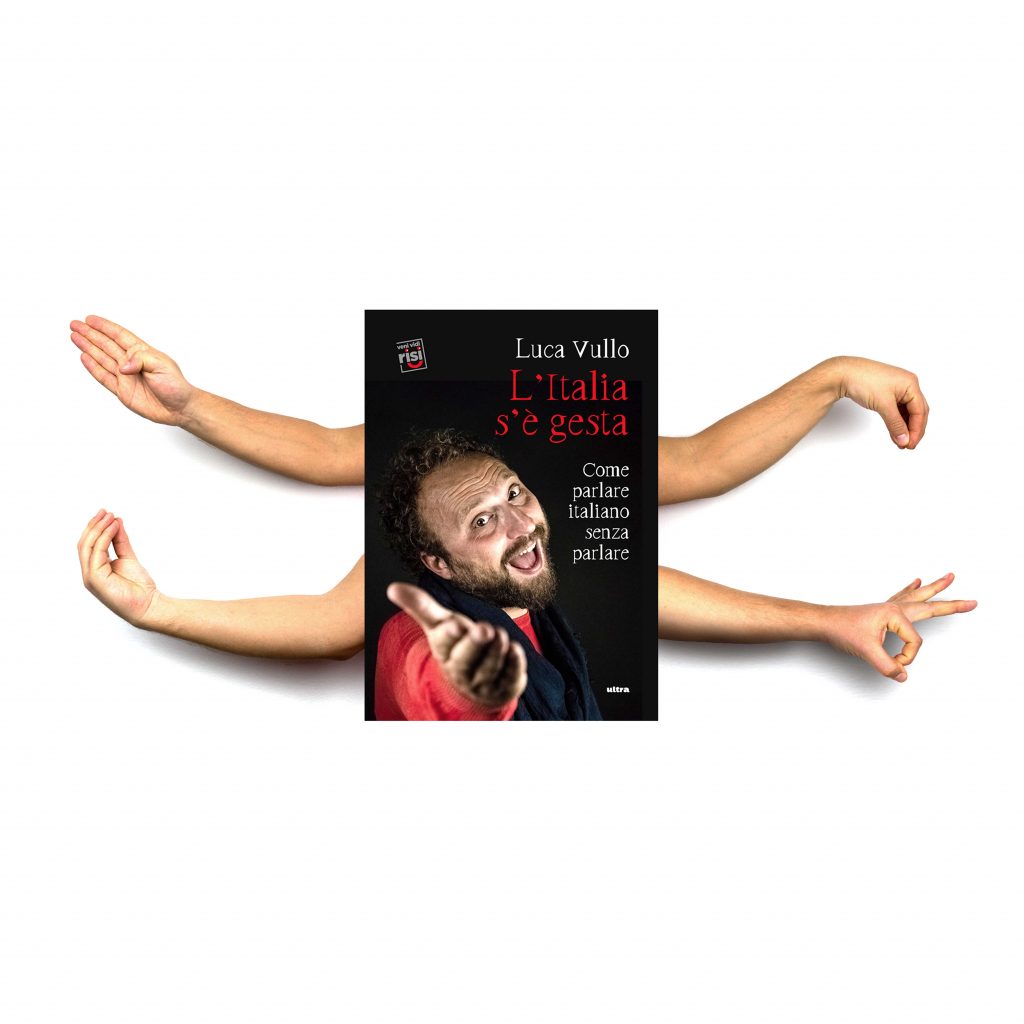 How to speak Italian without words is the first book by Luca Vullo, published by Ultra editions, in the book series “Veni vidi risi”, curated by Stefano Sarcinelli.
The author, who became an ambassador of Italian gestures all over the world with his cross-media project “The voice of the body”, tells how Italians are ‘Gestures super heroes’ and demonstrates how important is the non-verbal communication for all human beings. The daring adventure of a provincial boy who, at a time of personal and global economic crisis, decided to emigrate to London from Sicily with a dream in his hands: teaching the world Italian gestures!
The strength of his idea, mixed with a great determination, pushed Luca to lead Italian Gestures workshops and seminars in prestigious international Universities, TV consultancies, lectures in scientific enviroments and allowed Luca to stage his first theatrical show together with his mother Angela Gabriele.
A fascinating journey through different cultures which shows us how, a potentially negative stereotype he may feel ashamed of, has become instead the keystone of his life. A funny book full of anecdotes that observes from a specific point of view Italian culture compared toother cultures. It makes us thinkhow important is to open up to the rest of the world to learn more about ourselves and our roots.

This website uses cookies to improve your experience while you navigate through the website. Out of these, the cookies that are categorized as necessary are stored on your browser as they are essential for the working of basic functionalities of the website. We also use third-party cookies that help us analyze and understand how you use this website. These cookies will be stored in your browser only with your consent. You also have the option to opt-out of these cookies. But opting out of some of these cookies may affect your browsing experience.
SAVE & ACCEPT