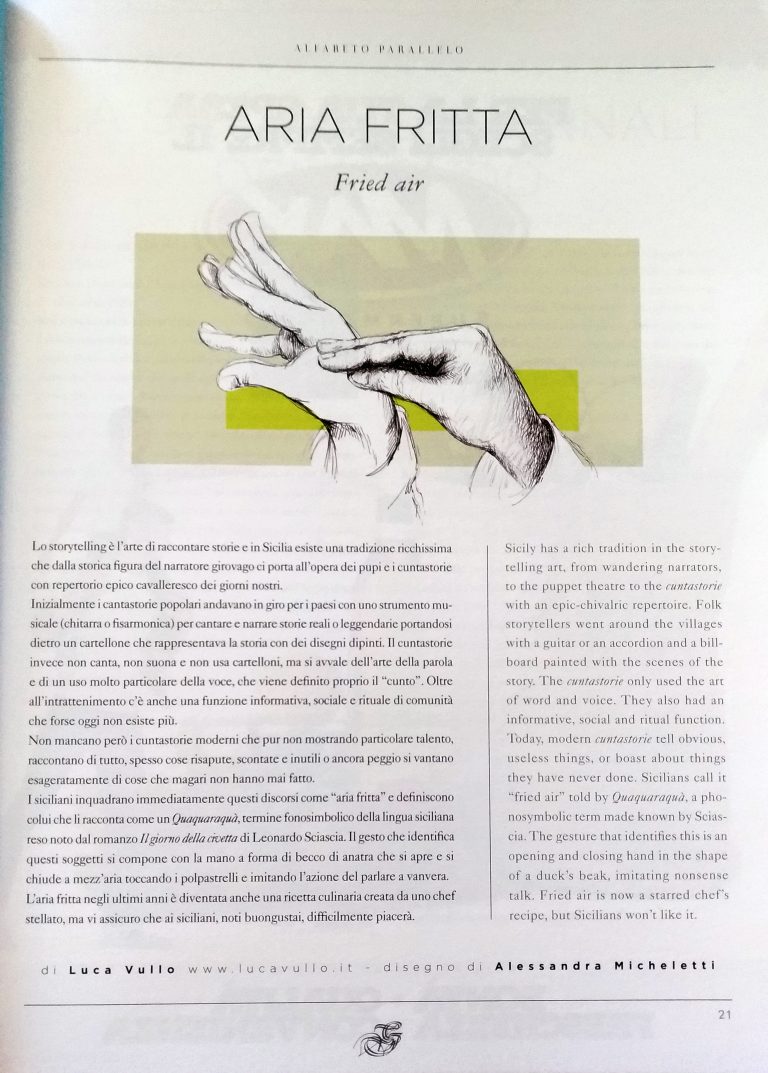 Sicily has a rich tradition in the storytelling art, from wandering narrators, to the puppet theatre to the cuntastorie with an epic-chivalric repertoire.

Folk storytellers went around the villages with a guitar or an accordion and a billboard painted with the scenes of the story.The cuntastorie only used the art of word and voice. They also had an informative, social and ritual function.

Today, modern cuntastorie tell obvious, useless things, or boast about things they have never done.Sicilians call it “fried air” told by Quaquaraquà, a phonosymbolic term made known by Sciascia.The gesture that identifies this is an opening and closing hand in the shape of a duck’s beak, imitating nonsense talk. Fried air is now a starred chef’s recipe, but Sicilians won’t like it.

This website uses cookies to improve your experience while you navigate through the website. Out of these, the cookies that are categorized as necessary are stored on your browser as they are essential for the working of basic functionalities of the website. We also use third-party cookies that help us analyze and understand how you use this website. These cookies will be stored in your browser only with your consent. You also have the option to opt-out of these cookies. But opting out of some of these cookies may affect your browsing experience.
SAVE & ACCEPT